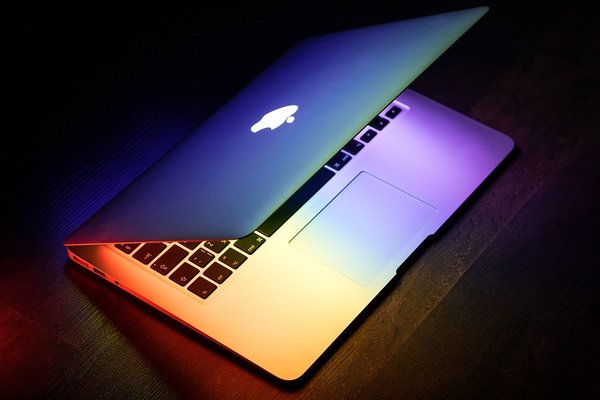 Okay so you have a Mac and you are here because it was no longer working as it did and as it should. Now what? You have a pretty advanced system sitting on your table and you cannot work on it.

I know that it gets frustrating and even more when you are not able to get it back running. Waiting in line to get in touch with customer support is really tiring and approaching an Apple store can be really expensive.

So what can you do on your own? Well there are quite a lot of things that you can. Most of the users feel that their Mac is very complex and they should not roam in an uncharted territory as it can cause more problems to the system and ultimately to the users.

I won’t say that this is a completely wrong mindset as it can prevent one from causing blunders. But yes, you can always read about it and can then proceed to troubleshoot the issue. That would save you a lot of money, time and other resources.

Plus you will also get to learn new things and can troubleshoot more efficiently from next time. Here are some tips on how you can make your Mac faster again. Have a look: 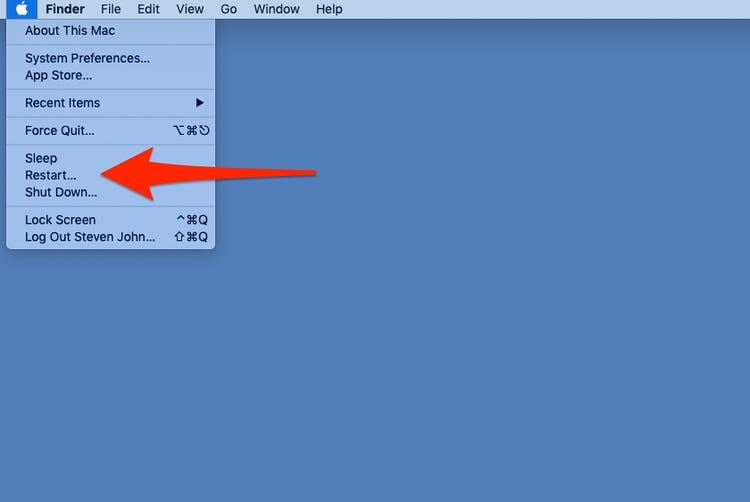 Have you been working on your Mac for hours and are feeling that it has gotten slower? It may be possible that you have an old system with old configuration and hence it is running low on RAM.

Don’t worry, it is quite a common issue in computers. Save all your documents, projects, etc. We do not want you to lose any of your work. After that close all your applications and proceed to restart your computer.

Restarting your system helps in not only to shut down the computer but it also closes all the background processes, programs, clear out RAM of cache, programs, etc for this you can use mac cleaning apps.

This relieves the pressure off the system and when the computer starts again, you get a faster system which can load programs faster. Rebooting also fixes a lot of problems like improper loading of drivers, crashing, freezing, etc.

So whenever you feel that your computer is not working properly, save all of your data and give it a restart.

A lot of users don’t understand this but downloading and installing updates is really important for the computer’s efficiency and sound functioning. Updates are released by the companies after a lot of research and developments.

These are aimed at making the system more compatible and fight against errors, bugs, security flaws, bringing in new features and what not. So when a user doesn’t install the new updates, then he or she is making the computer incompatible for new programs, drivers, apps, etc.

It may not be able to support the latest algorithms and may start crashing.

No one wants that to happen and that too when a deadline is near. So what are you waiting for, check if you have any pending updates and install them as soon as possible. Updating operating systems in Mac systems is quite simple as compared to other OS like Windows.

Yes, it is not so hard either, but you won’t get all the driver updates with the OS like you get in Mac. You will have to find them separately and that process can be quite difficult for someone who is new to the computers. So go ahead and do it.

Software updates are another thing that you really should not shy away from. Being on a limited data connection can limit you on how much you can download. These updates are equally crucial.

Sure a lot of outdated programs work as well but you don’t know when they will stop working and even if you approach the developers/manufacturers about it they will also ask you to update and then check again.

Get rid of useless apps 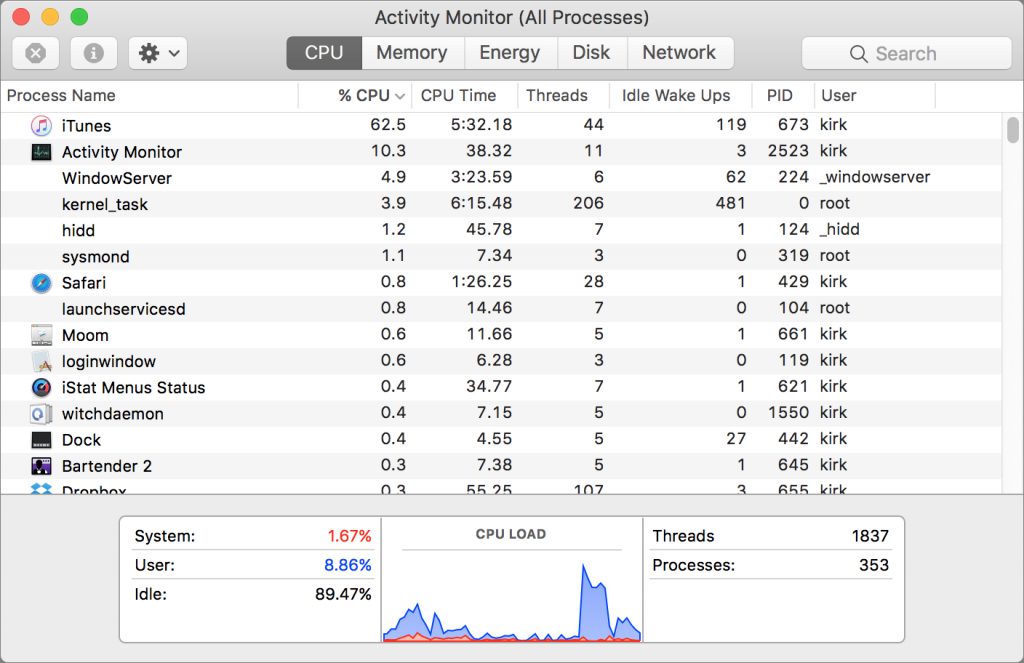 Open the Activity Monitor, under the CPU tab, do you see any applications which you haven’t launched but are still running in the memory, in the background?

Maybe someone before you was doing something and didn’t close the apps before getting up, maybe they got launched as the startup apps. No matter what the scenario was, you have apps in your computer’s memory that are consuming resources which you need for other apps.

So close them directly from there. You will have to scroll and look for a bit but you will find some of them. This will provide your RAM a lot of free space to accommodate apps and processes which are needed at the moment by you.

Do remember to save all the unsaved work before closing the apps or you may delete someone else’s data. A lot of times outdated apps for some reason start taking a lot of memory and power from the CPU. Closing such apps to avoid a dip in performance is also the ideal way.

Is your hard drive jam packed? Is there any space barely left? If yes, then you need to make your hard drive spacious by removing data from it. Tightly packed drive can slow down and may not be able to function properly.

A lot of users have a lot of media files which can take up space, so you can create space in your drive by moving all such media to online storage or in external drives. This can unload your drive and you will still have all your data.

If you have moved all the data that you can move and still have a filled hard drive, don’t worry. There is a lot of data that is hidden from the common eyes which is useless and can be removed easily.

There is also a lot of data that is right in front of the users but yet it gets right past the attention like duplicate photos, incomplete downloads, failed downloads, useless installers and what not.

You can also use disk cleaning apps or junk file cleaner apps that are available in the market. They are quite effective and can retrieve a lot of junk data which can really boost up your computer.

Do you use external drives? You may also feel that your computer has slowed down because of the slow external drives or related issues. HDDs or Hard Disk Drives, for a long time, were used as the primary storage devices.

They have a physical disk rotating inside of them. Data was stored using a laser inside tracks and sectors. There were single layered and multiple layered disks. But over time they tend to slow down and some of them even lost their capacity to store the data.

The magnetic disk was stored inside a hard case compartment to prevent even the slightest damage to the disk. Recently SSDs have taken over the market. They are relatively fast, reliable, don’t lose speed and are a great way to store information for a long period of time in a small space.

So switching to SSDs will ensure that the flow of data from and to computer is fast and uninterrupted.

Take out the Trash 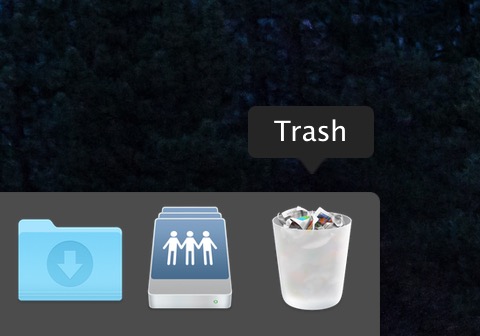 Most people won’t even remember when was the last time they opened it. Trash folder is a place on your computer’s hard drive that stores all the files and folders that you delete from the primary location.

So it serves as a last resort to anyone wanting to recover their data. In doing so, a lot of users forget to delete the data from the Trash and it stays there for a very long time.

So even if you clear out cache, cookies and other useless stuff, you will still have a lot of scope in making the space free until you free out the hard drive.

Do you have startup Programs? 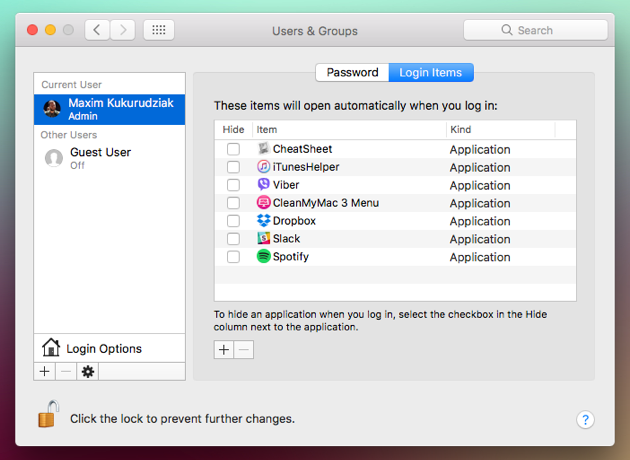 Startup programs are the programs that load up every time you boot the computer. They are not malware or virus but are normal programs which are allowed by the administrator rights to launch on their own. You didn’t allow them knowingly?

Don’t worry, you can remove them from the list easily and they will stop behaving in such a way. Go to Users & Groups in System preferences. Click on Login Items and click on – to remove all the programs that you don’t want to load up.

So these were some of the tips to make your Mac faster that I wanted to share with you. If you still feel that your Mac is not fast enough for the kind of work you do, then you can try to add more RAM sticks in the system. This will enable your computer to load more programs in the memory and work faster. 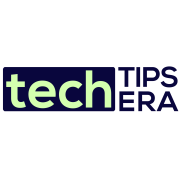 Why Social Media Promotion For Your Delivery Business Is Essential During Outbreak?

How Does 8-Tracks Works: Explore the Complete Flow Right Away